Some people might have thought twice about returning to the North Yorkshire coast after the mishap in Scarbs, but not me. Oh no. It was with absolutely no hesitation at all I agreed to play the Filey Folk Festival. What could possibly go wrong?

For one weekend a year, this beautiful fishing village is taken over by guitar-wielding, accordian-bothering chanters of all description, playing every conceivable style of folk in around 6 venues. And this year, I was honoured to be counted amongst their number.

I'd been put in touch with the organiser, the tireless Ian, by one of my Scarborough posse, Pam, who became my Filey team and put me up for the glorious bank holiday weekend. I'd been given two slots on the final day of the festival, one in the afternoon, and the other as the festival closing act, around midnight. It was going to be a long day, but with so many brilliant and talented acts on all round the town, filling it was going to be no problem at all. Walking down the hill to the beach in my heels, however, was. 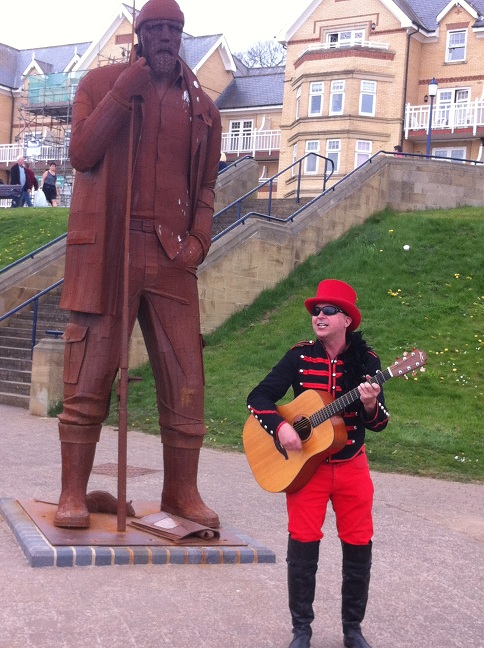 Now, I've never busked before... do I do my usual stage patter? What songs should i do? Singalongs, ballads, my usual nonsense? I opted for the latter, as I don't think that would impinge on any of the usual Filey buskers, and as I didn't see any of them wearing four  inch heels, I feel no boundaries were crossed. The weather had turned a bit, so there weren't as many people around as there could have been, but the ones that were out gave a healthy £35 for the cause.

After catching a few acts and slipping into the boa, the second gig was the festival close in The Station Pub. It was late. VERY late. And the festival had been such a success, they'd run out of vodka. This could have been what went wrong, except that the barman and I decided that bacardi and red-bull substitute was probably a fantastic drink that nobody had thought of before. And to be fair, it took me 8 of them to find out it wasn't. 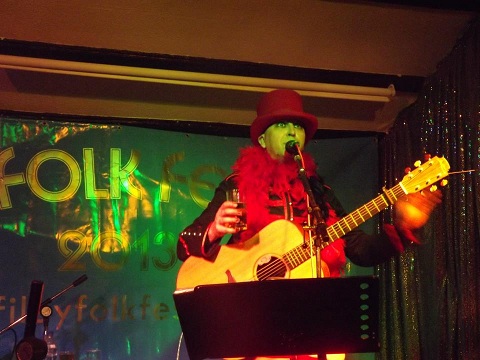 The venue itself is fantastic, and for this evening came equipped with a Mick, who's a fantastic sound engineer, and got the levels right in no time at all. The audience were great even though, as you know if you've seen me, I'm not what you'd strictly call "folk". But hell, everyone loves a bit of disco now and again.

So what did go wrong, I hear you cry? Was it when I broke a string and asked Mick to entertain the crowd while I changed it? Nope, not even when it turned out he only knew filthy one liners. That just added to the fun of the evening.

Was it when the tireless Ian dropped the collection bucket? Nope, that just proved he does get quite tired after all. I'm not surprised, the glass he kept lifting never seemed to empty.....

But something did go wrong.

Nobody knew how to turn the disco ball on. 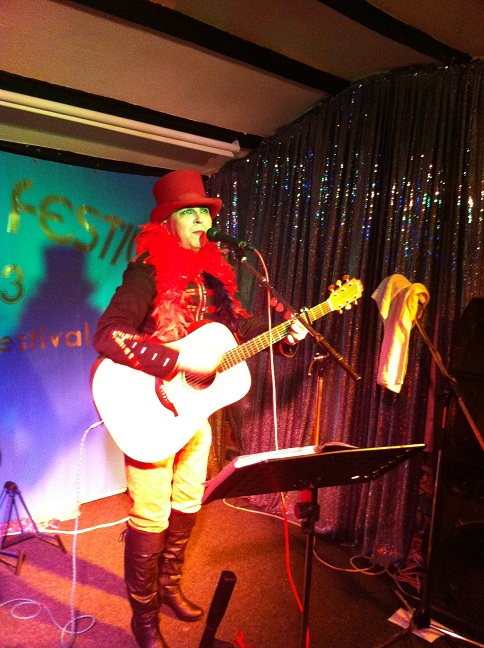