Okay, so it's been a bit quiet lately, for reasons I won't go into here, as they're all terribly dull. Suffice to say wheels are in motion, and more dates will be announced soon.

That said, on Saturday night, I played one of the most fun gigs I've ever done. Westbury-Sub-Mendip, a sleepy little Somerset village, previously famous for it's telephone box public library (seriously... google it!) and having a village square with only three sides played host to a night of acoustic mayhem.

I went down a day early to meet up with The Acoustic Mutineers, the band who had graciously allowed me to comandeer their booking, with a view to working out how we'd arrange the evening, and maybe work out a few numbers we could do together. Now, The Acoustic Mutineers have a large repertoire, and it became clear quite quickly that "one or two numbers" together was just silly. Lets do loads. And thus the gig quickly and (not so) quietly transformed into a party. 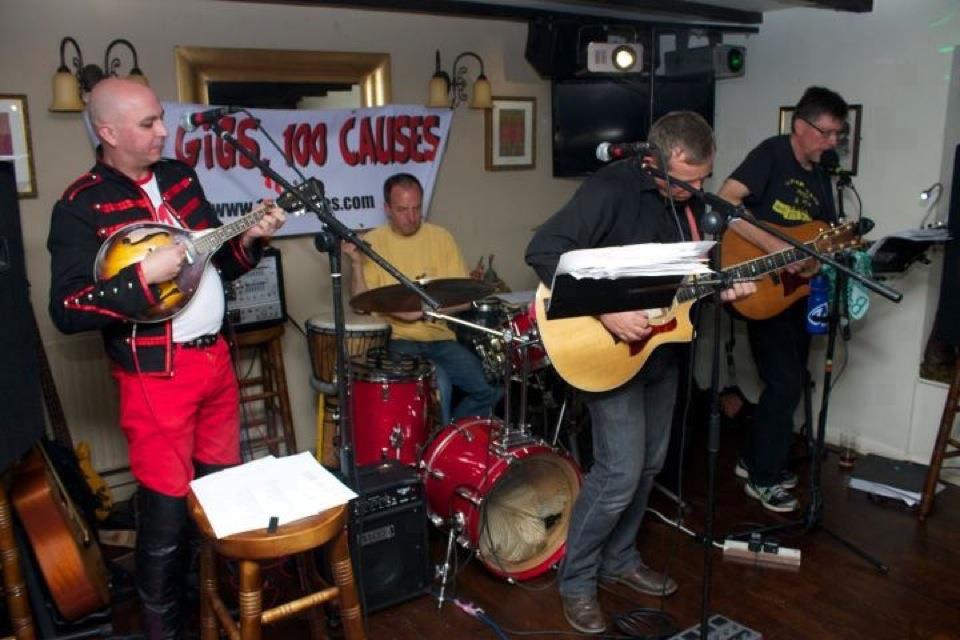 The Westbury Inn was packed to the very low rafters (between the hat and the heels on my boots, I had very little clearance!), and for the next 3 hours, the crowd got a fairly eclectic mix from myself, Neil and Gary. There can't be many gigs where you get Simon and Garfunkel, Pink Floyd, Jessie J and Gloria Gaynor numbers back to back. Their drummer, the fantastic David Oliver, stayed on for the entire set, managing to follow my slightly erratic arrangements of songs as if we'd been playing together for years. People were even dancing. I don't think that's ever happened at one of my gigs before. Certainly not to a Bob Dylan song.

The good people of Somerset managed to donate £141.72 for the Robert Glanville Playing Field Trust, and I broke a nail. Many thanks to Neil, Gary and David for their brilliance, Kathryn for putting up with the 10 year olds, Trina and Boicy for the pub, and everyone at the Westbury Inn for a bloody marvellous night